Collective decisions on the management of Prespa’s wetlands 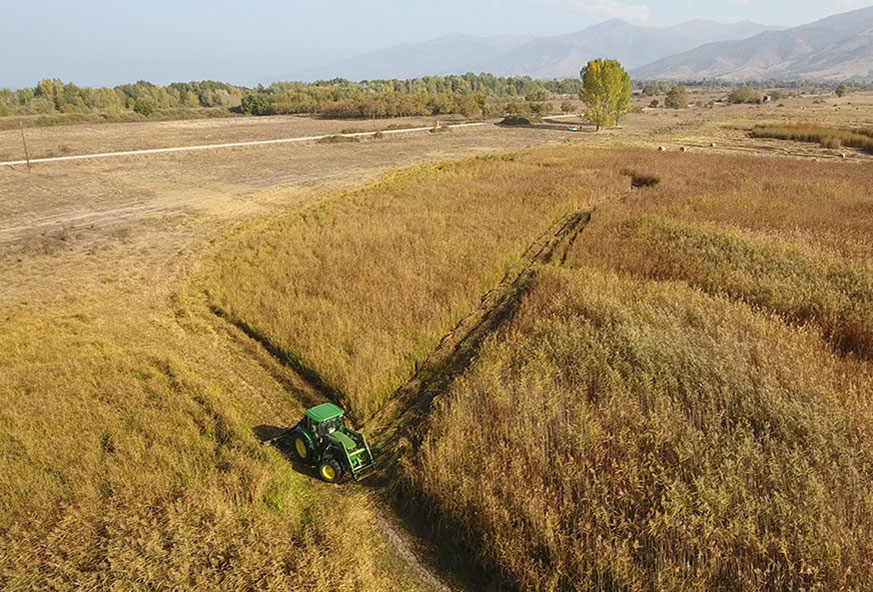 Collective decisions on the management of Prespa’s wetlands

The Wetland Management Committee (WMC) is an advisory committee of local stakeholders, which functions under the Management Body for the Prespa National Park (MBPNP) and has met on an annual basis for over a decade. At this year’s meeting, wetland vegetation management, the fluctuation of the water level in Lesser Prespa Lake and developments in the waterbird populations were some of the critical subjects under discussion.

The results of wetland management were presented, showing the positive impact and effectiveness of the co-operation between local organisations/ stakeholders and the LIFE Prespa Waterbirds project, applying measures such as mowing and grazing in a coordinated way. The operation of firebreak zones as a means to stop wildfires in the reedbed was also stressed, as well as the fact that they have also operated as feeding grounds for waterbirds in a dry year with limited flooding of wet meadows along the lakeshore. At the same time, the problems that the extended drought and low lake water levels have created for bird species were also highlighted, with the fragmentation of colonies in the reedbeds of Lesser Prespa and low breeding success being amongst the most important.

The vegetation management proposals for 2021 follow the general line of practices agreed by the committee in previous years, including extensive mowing, increased grazing and maintaining the firebreak zones. In addition, due to the negative impacts of the drought in the last two years, further measures were proposed, such as the extension of the exclusion zone in order to preserve the reedbeds around new waterbird colonies, as well as the evaluation of the management of the water level of Lesser Prespa Lake to date. This assessment aims to examine the possibility of reviewing the management guidelines, based on the impacts that prolonged droughts can have on human activities and the natural environment of the protected area.

In 2021, under the guidance of the MBPNP and with the support of the LIFE Prespa Waterbirds project, it is expected that management of wetland vegetation will be carried out mainly by stockbreeders, who have shown an increasing interest in collecting fodder in recent years. Additional measures, such as temporary fencing, will be undertaken along sites in the littoral zone, in order to support stockbreeders who wish to allow their herds to graze there, further enhancing wetland vegetation management.

Regarding the socio-economic benefits of the LIFE Prespa Waterbirds project, the contribution of the project to the local community is highly significant, despite the impact of several negative externalities over the last three years (Covid-19 pandemic, reduced rainfall and lower lake level). In fact, based on a recently completed assessment, this socio-economic contribution and benefits have not only been gained during the course of the LIFE project but will also continue in the following years, as the activities are expected to continue and be sustained by the local community.

Previous Paper on sardinian wetlands Next Another success story in Divjaka-Karavasta National Park in Albania!