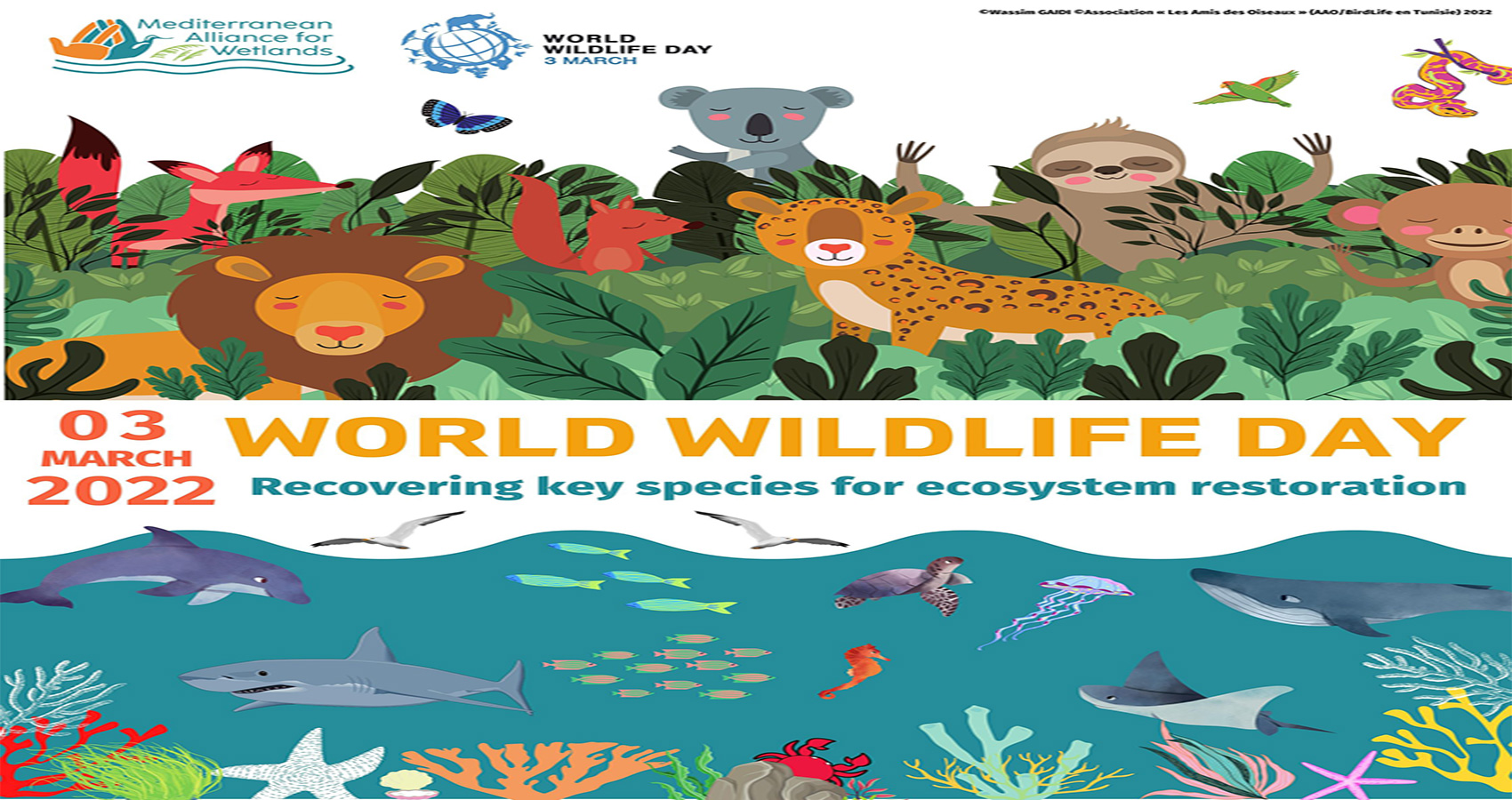 From the smallest worm to the largest whale, let’s celebrate the World Wildlife Day.

This year, World Wildlife Day is celebrated under the theme “Recovering key species for ecosystem restoration”, as a way to learn about the issues endangering wildlife, to draw attention to the conservation status of some of the most critically endangered species of wild fauna and flora, and how we can each play a role in protecting them.

Wetlands cover about 6% of the Earth’s land surface and are among the richest and most diverse ecosystems on the planet.